As it turned out the day I was in London on the 10th of November also was the day before Remembrance Day and Westminster was in full preparations for the big event. Remembrance Day basically evolved out of the mourning for the death of World War I and became a kind of Veterans Day with a lot of military parades and symbolism. Interestingly already the day before there were a lot of veterans on White Hall and I had the chance to photograph some of them. 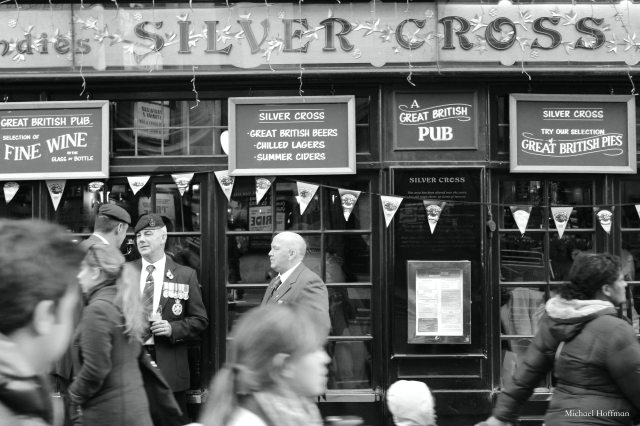