This post is part of the so called “Greek Series”, consisting of photographies shot during my backpacking adventure in September 2013. You’ll find a basic introduction to the series here. The following pictures are from our first respectively second day of traveling the Peloponnes. We went from Corinth to Acrocorinth and then via the highway in direction Nafplio to Mycenae. I’ll include a map at the end of the post. So the first batch of pictures was taken on Acrocorinth, consisting of panorama shots mostly. The last three pictures are from the archeological sight of ancient Mycanae.

Acrocorinth (meaning High Corinth) is the hill you saw in the background of the pictures from Archea Corinthia, itself close to the modern city (picture 4). It’s a giant stone basically with the remains of a large medieval fortress on top. Having a perfect view on the narrow Isthmus of Corinth (picture 2), the only land way to Athens, you understand the strategic importance of the place. The fortress itself is huge and it has almost fantasy book like dimensions. It consists of a three wall defense system (!) and remains of a town within the walls. Also up there are the remains of an older Aphrodite Temple. Here we met a group of females praying to the goddess. As respectful as I am I didn’t take pictures unfortunately, though it was really interesting and visually striking. We also talked with them and they were really nice giving us some advice for the further journey. 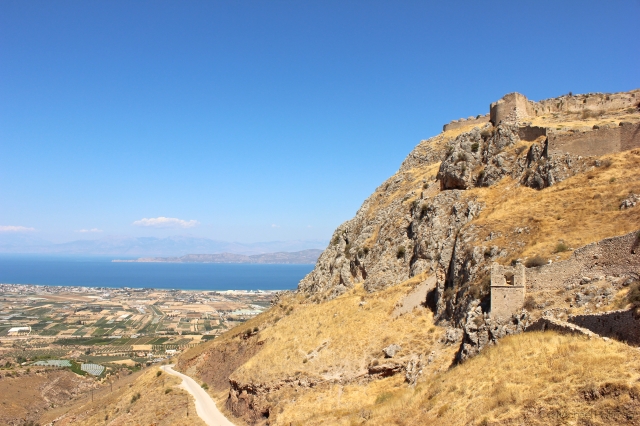 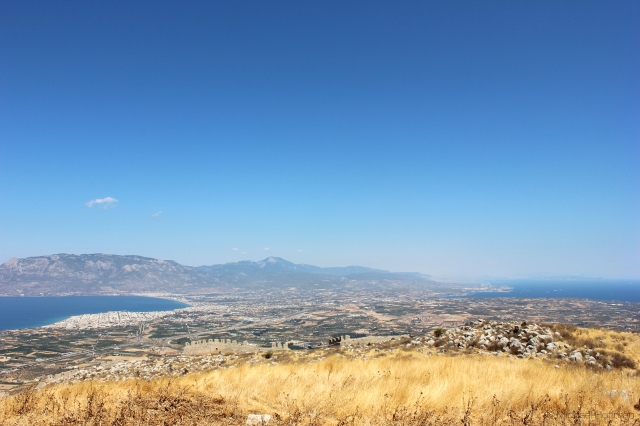 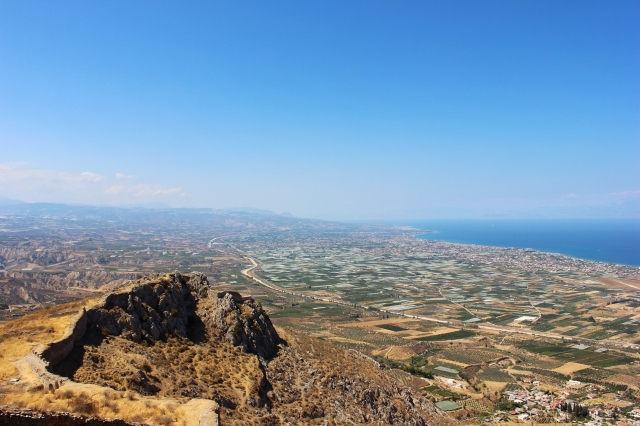 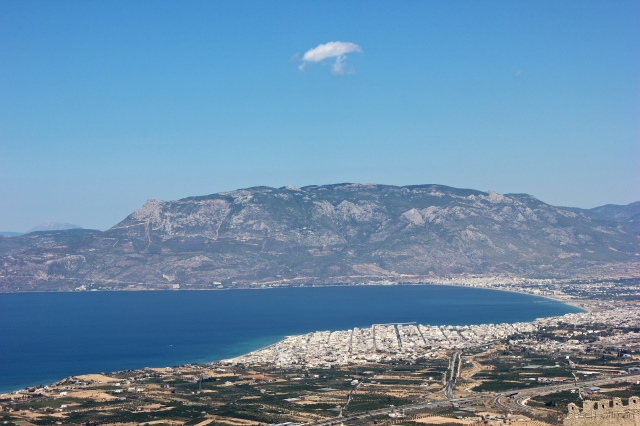 Mycenae was already ancient and a place of myths it the times of Sokrates and Platon. Homer wrote about it in his Odysseus. Other Greeks in the Classic periods were fascinated by the huge walls Mycenaen were able to build. Nobody could quite understand how they transported the stone blocks up there and so the popular belief emerged that giants had build them and they were renamed Cyclopean walls. So until today the walls remain impressive and a mystery somewhat. They were build more or less in the same time as Stonehenge and it seems like there could be some far fletched connection. The most famous part of the complex is the Lions Gate, portrayed on the last picture of the post. The imperial lions are greeting the visitors since 3300 years. The lion is a symbol of strength but also an animal which lived in this area a few thousand years ago. Truly fascinating stuff and worth a Wikipedia reading session. 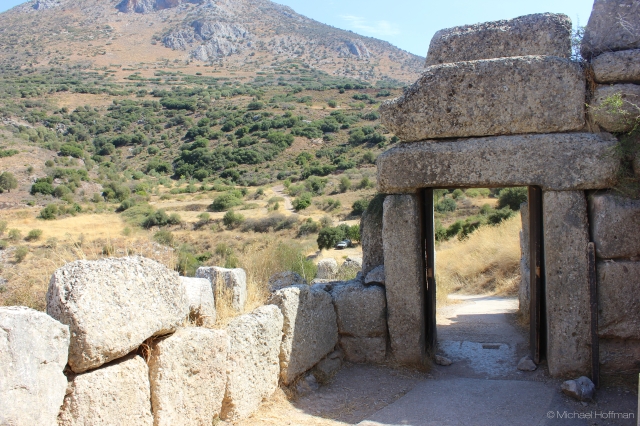 The route via Google Maps: