From historical to contemporary times the city of Istanbul has always been a meeting point of cultures, marking the border between Europe and the Islamic world. In geographical terms the border is clearly defined, it is the Bosporus strait. But not just since the opening of the first Metro line beneath the Bosporus – the Marmaray in 2013 – the cultural borders are not so clear anymore. While some districts like Galata are defined by modern shops, night clubs and skating kids with headphones, other are way more traditional and religious. Despite the stark contrasts, there are no obvious tensions. Also Istanbul is a very welcoming place for travelers, receiving guests with open arms. Just beware of the merchants in the Grand Basar and do not believe every fairy story they tell, regardless of the oriental charm of the bargainer. 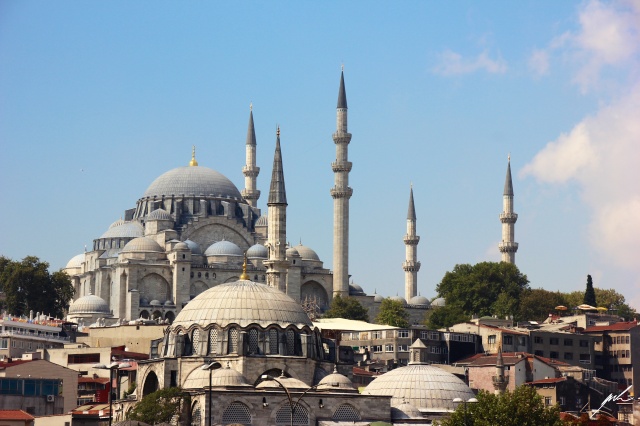 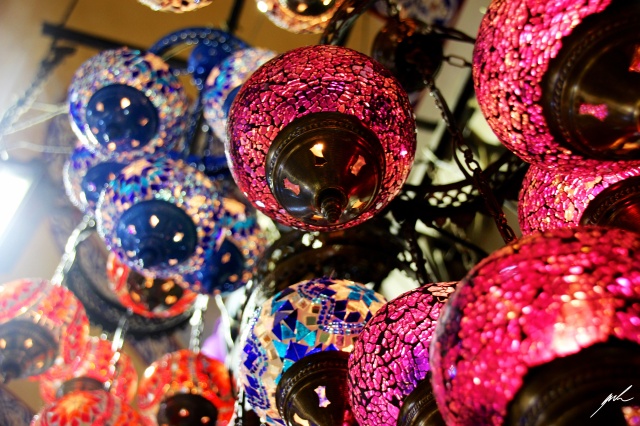 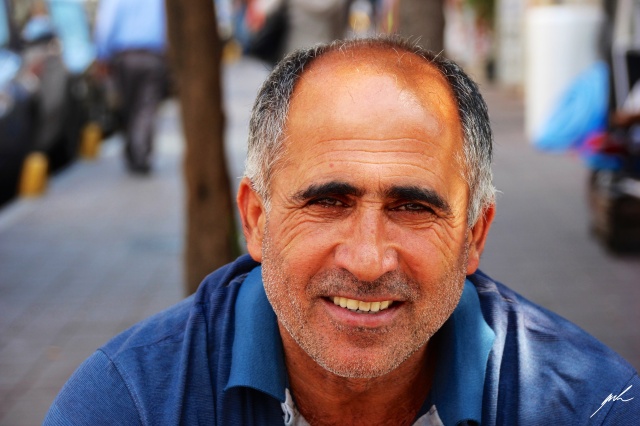 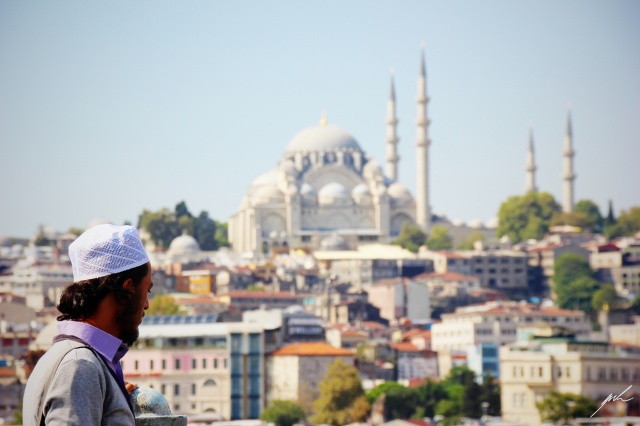 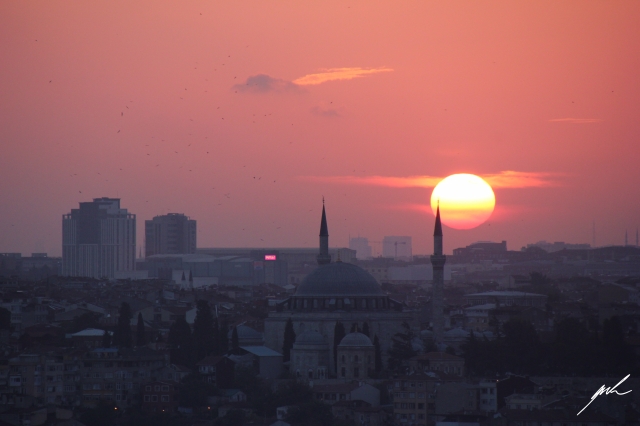 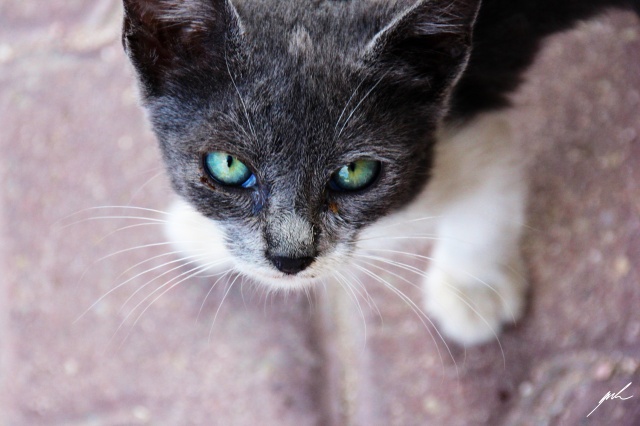 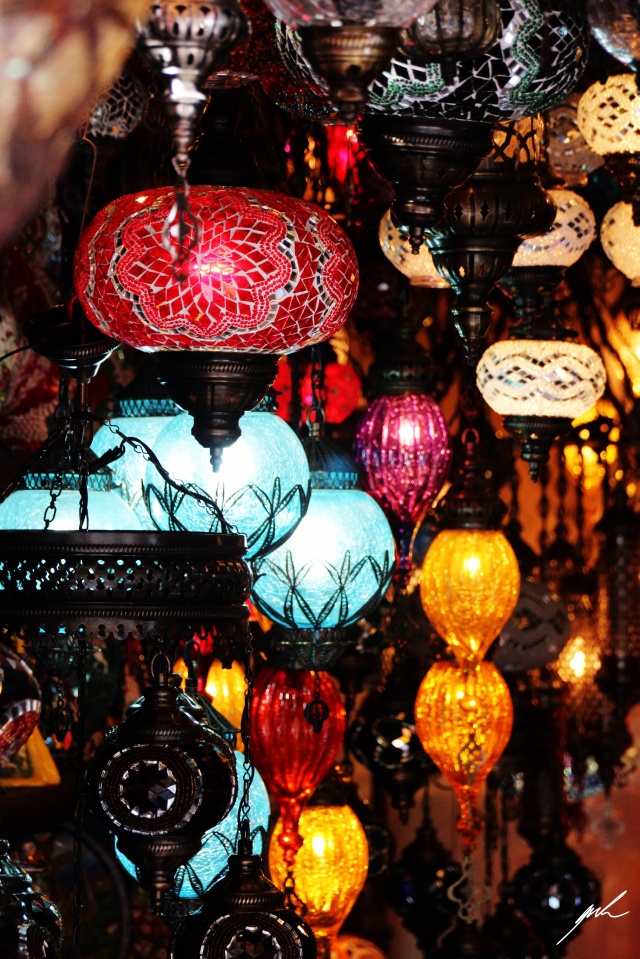 The Silk Road: The Grand Market in the Mountains Pt. 1

While Eastern Usbekistan (about 70% of the country) largely consists of deserts, with green spots along the river of Amudjaria, the west looks much different. Getting closer to the Tajik border large mountains begin to arise, soon occupying the whole horizon. They are part of the Pamir mountain range, a vast plateau which connects the Tian Shan in China with the Hindukusch and the Himalayas in India. Combined it is the largest mountain range of the world. At the western end of this plateau, already in the hills but still reachable from the fertile lowlands at the bottom of the mountains, there lies the town of Urgut. For centuries it was a transshipment point for goods on the Silk Road, where travelers from China sold their goods to Central Asian merchants, who in turn transported them on camels through the desert and brought them closer to their final destination – Europe. Therefor the Grand Market of Urgut (the largest of Usbekistan, of course) is what it must be and always was: A transitional space for people and ideas from the Orient and Oxident. Probably one of the few early melting points of human civilization still in existence, looking not much different then centuries ago. Except.. the iPhone cases and pirated Gucci handbags, the new luxury goods of the 21th century coming from China to Europe. A new kind of silk one could certainly argue. 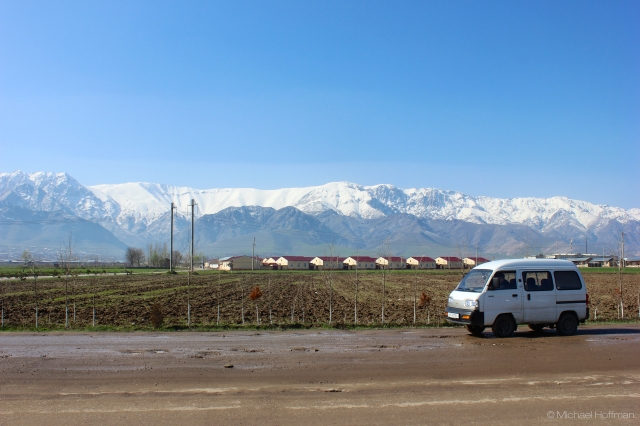 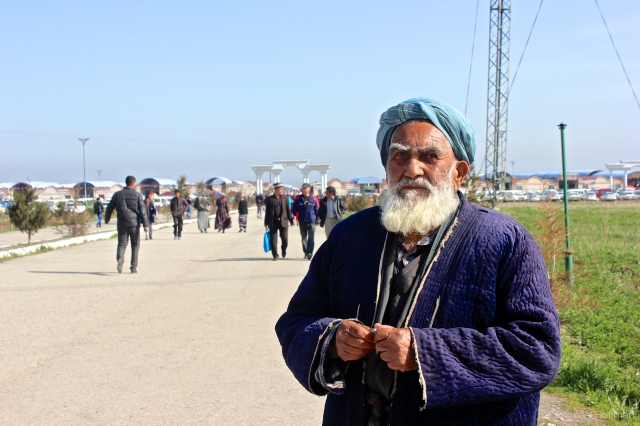 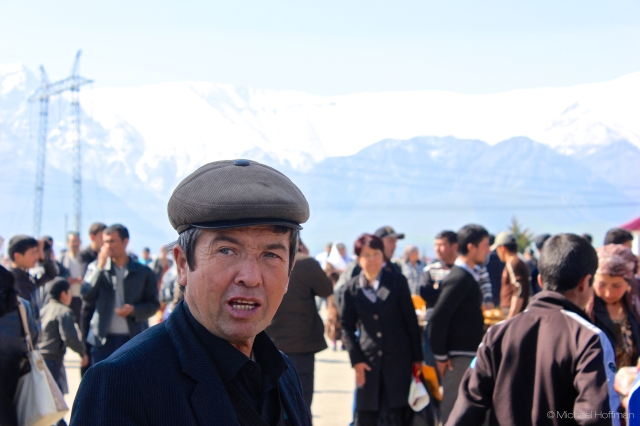 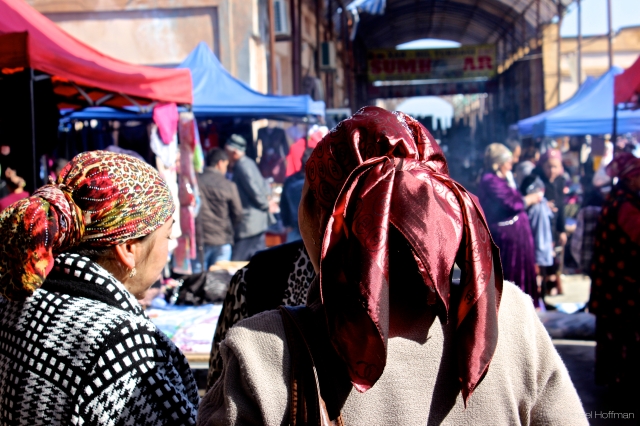 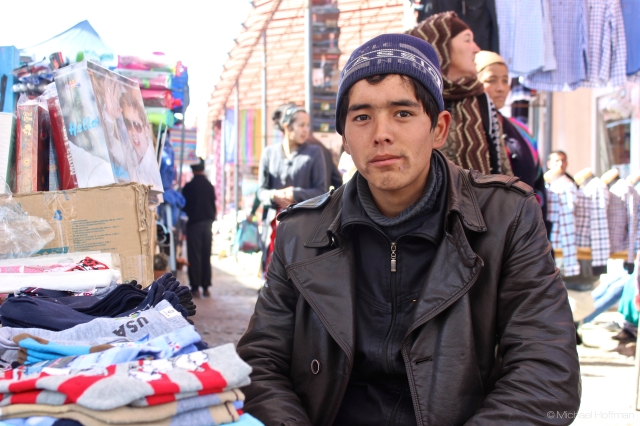 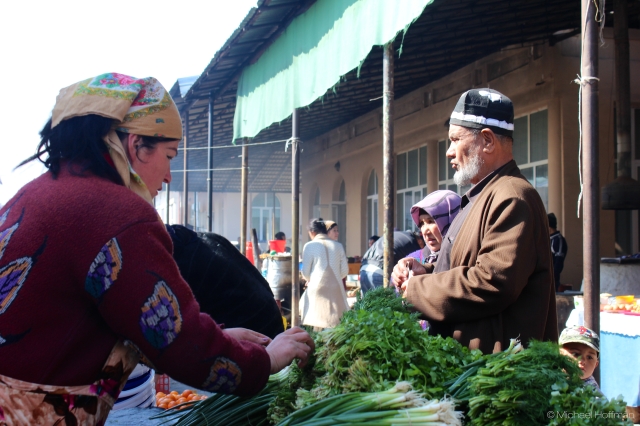 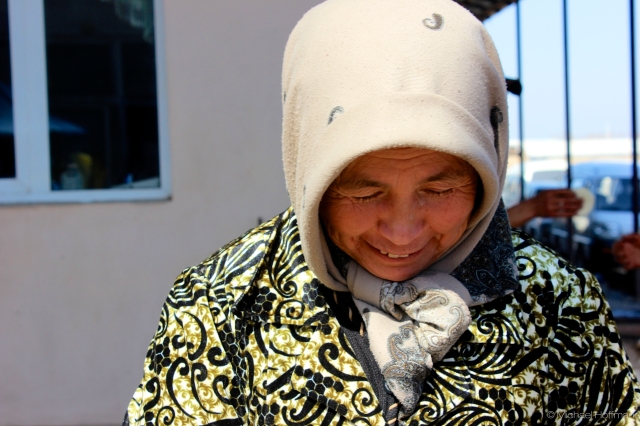 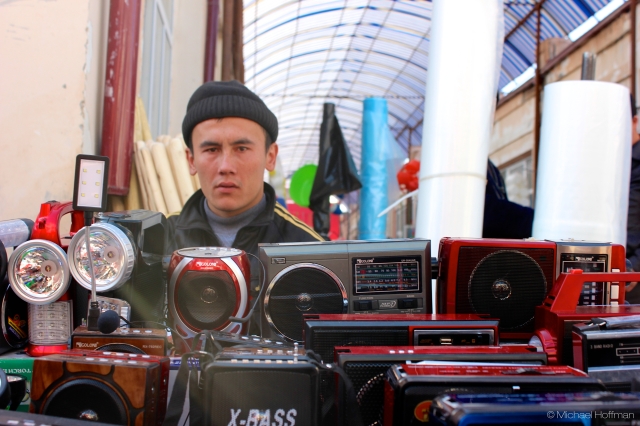 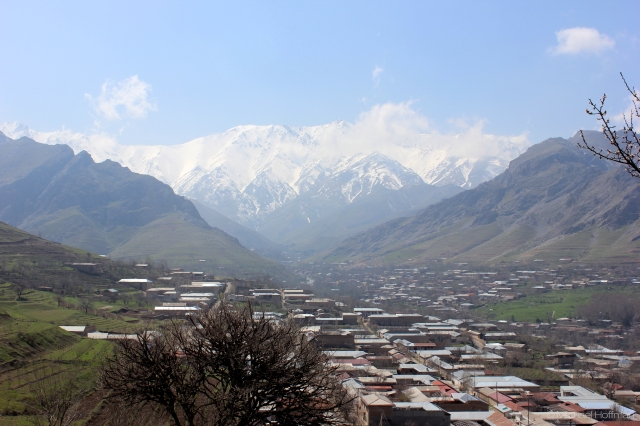 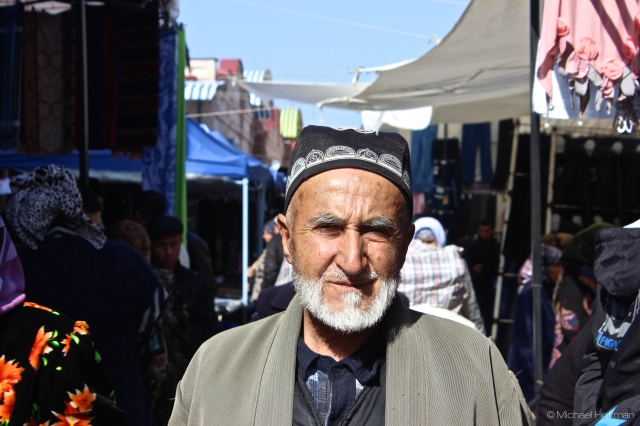 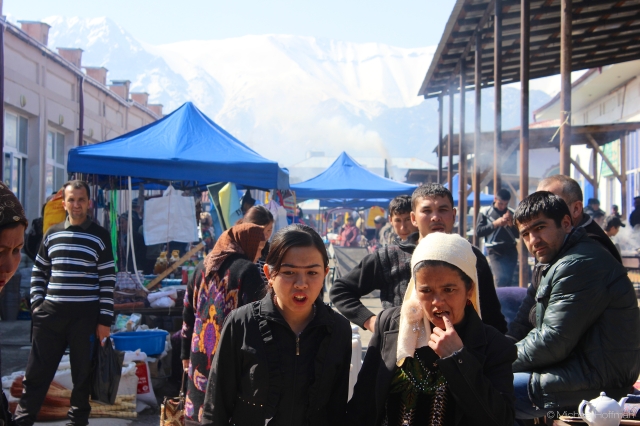 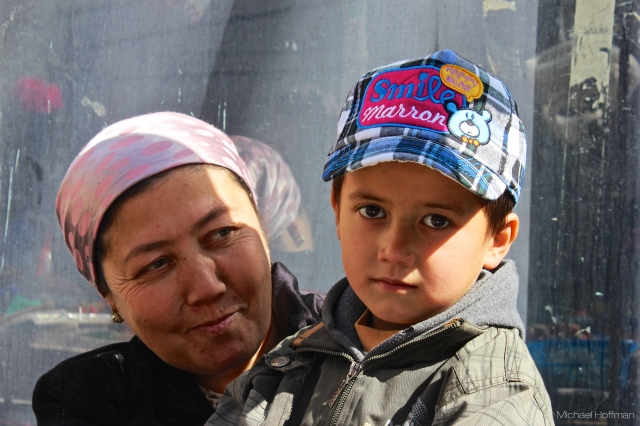